We use software for creating text documents, websites, databases, photos, 3D models, and movies. Software developers regularly release new versions of their products. It is not self-evident that the new software supports the use of files created with earlier software versions (compatibility). And some software packages even disappear completely from the scene. Conversions of file formats may be costly or result in loss of information or a reduction of data quality. This is exactly why the choice of file formats should be planned carefully. 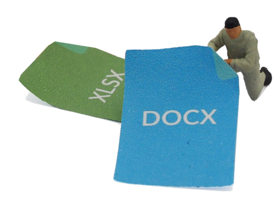 File format choice depends on your research phase. Choices for short-term data processing may differ from the choices you make for long-term data preservation.

For the reasons of short-term operability, it is advisable to choose a file format that is associated with the specific software that you intend to use for data analysis. Following discipline-specific standards and customs is generally the way to go. However, you should take into consideration how widespread these standards are and to what extent they will allow data processing by others than peers in your own discipline.

Proprietary file formats are owned and copyrighted by a specific company. Their specifications are usually not publicly available and their future development results from decisions and situation of their owner. Thus, the risk of obsolescence is high. However, some proprietary formats, such as Rich Text Format (*.rtf), MP3, MPEG, JPG, MS Excel (*.xls), SPSS (*.sav, *.por), STATA (*.dta) are widely used and you may assume that they will be useful for a reasonable time.

In the table, we give an overview of the data analysis packages/file formats which are used most and which are suitable for short-term data processing. 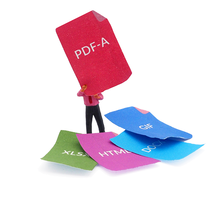 Standard, open and widespread formats are advisable for long-term storage as they typically undergo fewer changes. Contrary to proprietary formats (see above) specification of open formats is publicly available. Some of them are standardised and maintained by a standards organisation and we may assume that their readability in the future is ensured. Examples of open formats are PDF/A, CSV, TIFF, ASCII, Open Document Format (ODF), XML, Office Open XML, JPEG 2000, PNG, SVG, HTML, XHTML, RSS, CSS, etc.

A very useful tool for searching an appropriate format for different types of data is provided by the UK Data Service (2017b) in the table of Recommended file formats.

Data files, depending on the nature of the data, are based on either text or binary encoding or both. Binary encoded information can be read only by specialised software, text information is universal and can be read by a wide range of different software including text editors. 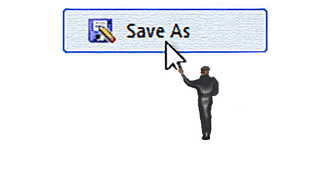 It is advisable to store your data for use in the future, which means converting them from a current data format to a long-term preservation format. Most software applications offer export or exchange formats that allow a text-formatted file to be created for importing into another program. A typical example is Microsoft Excel, which through the 'Save As' command, can save spreadsheet data in comma delimited format (*.csv or comma separated values). The structure of the rows and columns is preserved through commas and line returns. However, multiple worksheets must be saved as separate *.csv files and any text formatting or macros in the native format will be lost on conversion.

During the process of data conversion, important pieces of information may be lost:

For this reason, the conversion itself should be done by a researcher familiar with the data, so he or she can check for potential undesirable changes in the data that occurred as a result of the conversion. 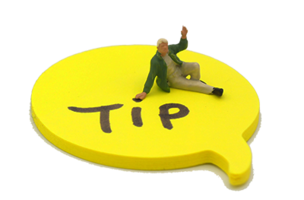