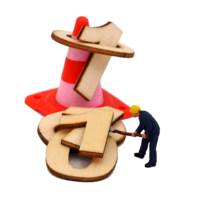 Processing and analysis of data inevitably result in a number of edits in the data file. However, it is necessary to preserve the authenticity of the original research information contained in the data throughout the whole data lifecycle.

There are many possible types of changes in the data:

As a result of above-mentioned data management processes, several different versions of the data file are usually created. They are important, as they allow you to step back to versions before particular changes were made. Versions may be used simultaneously for different purposes or replace one another. When data files are being published to make them widely available, the treatment of errors, inclusion of new data and/or changes in a data file structure may result also in the publication of new editions of the same data file which may substantially differ in their content (e.g. when new country data are included into an international data file).

Version and edition management will help to:

Best practices
The best practice rules (UK Data Service, 2017a; Krejčí, 2014) may be summarised as follows:

Example of a version control table

Generally, the goal of version management is to enable reproducibility and support trustworthiness by allowing all transformations in the data to be traced. But difficulties emerge connected to versioning of “new data” as these data are (compared to “traditional data”) more frequently or even continuously updated. A good example are collections of Tweets (e.g., for a certain hashtag) as individual posts may be modified or deleted. As the contents of these data are continuously changing and if archived data are expected to reflect such changes (e. g. deleting posts from data set if they were deleted from platform) the result is an increasing number of versions. Consequently, it is necessary to develop a systematic plan to create and name new versions of constantly changing datasets, or find new solutions for streaming data.

Both researchers and repositories can learn from the fields where versioning of dynamic data is already established, such as the field of software development. The most common version control software in software development is Git. Some of the established repositories, such as Zenodo and FigShare or the Open Science Framework, now offer integration with GitHub, so that every version of data sets in those repositories can be recorded through it. A new project called Dolt is developing version control specifically for data which is particularly interesting for dynamic data sets, such as social media data.

To identify the exact version of a dataset as it was used in a specific project or publication, the Research Data Aliance (RDA) suggests that every dataset is versioned, timestamped, and assigned a persistent identifier (PID). In the case of Big Data, however, the RDA warns against excessive versioning: “In large data scenarios, storing all revisions of each record might not be a valid approach. Therefore in our framework, we define a record to be relevant in terms of reproducibility, if and only if it has been accessed and used in a data set. Thus, high-frequency updates that were not ever read might go - from a data citation perspective - unversioned.“